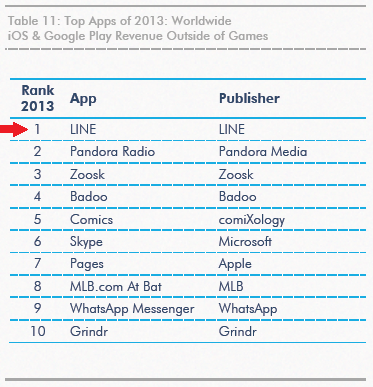 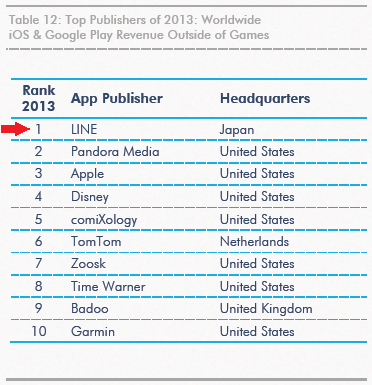 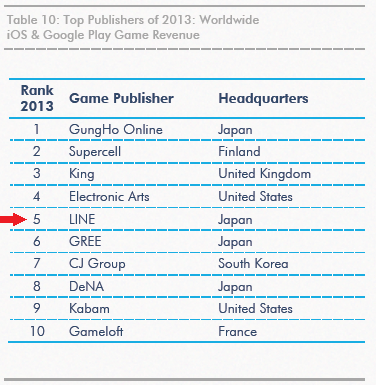 Just two and a half years since launching in June 2011, LINE now provides services for more than 340 million users worldwide. LINE is honored to be shoulder-to-shoulder with the world’s pre-eminent apps.
Here at LINE we will continue to provide the best service possible for people all over the world.
Data provided by App Annie