To celebrate the occasion, we wanted to bring along the LINE community for the trip and sent Brown on a mission to carry the thoughts and feelings of LINE users to the Big Apple, from a list of messages submitted by users around the world.

From over hundreds submissions, we picked out 32 messages to send to New York.

The messages would go up in no other place than at "The Crossroads of the World" – Times Square.

So did Brown successfully accomplish his mission? Find out in the photos below!


Brown's in New York!
Stay tuned to find out what brought this cuddly bear to the Big Apple. #LINEgoesNY #LINE $LN pic.twitter.com/sc5m8dGRtn

Have something you've been meaning to say, but couldn't find the right time or place to say it?
On July 14, LINE Corporation is going public on the New York Stock Exchange.
To celebrate, LINE will be hosting a ceremony at Times Square, featuring appearances by Brown and Cony as well as plenty of LINE's iconic green to decorate the town.
As part of the celebration, we're offering a voice on Times Square's most iconic building to LINE users everywhere!
The messages of approximately 20 users will be chosen from a pool of submissions and broadcast on the world's most famous billboards. 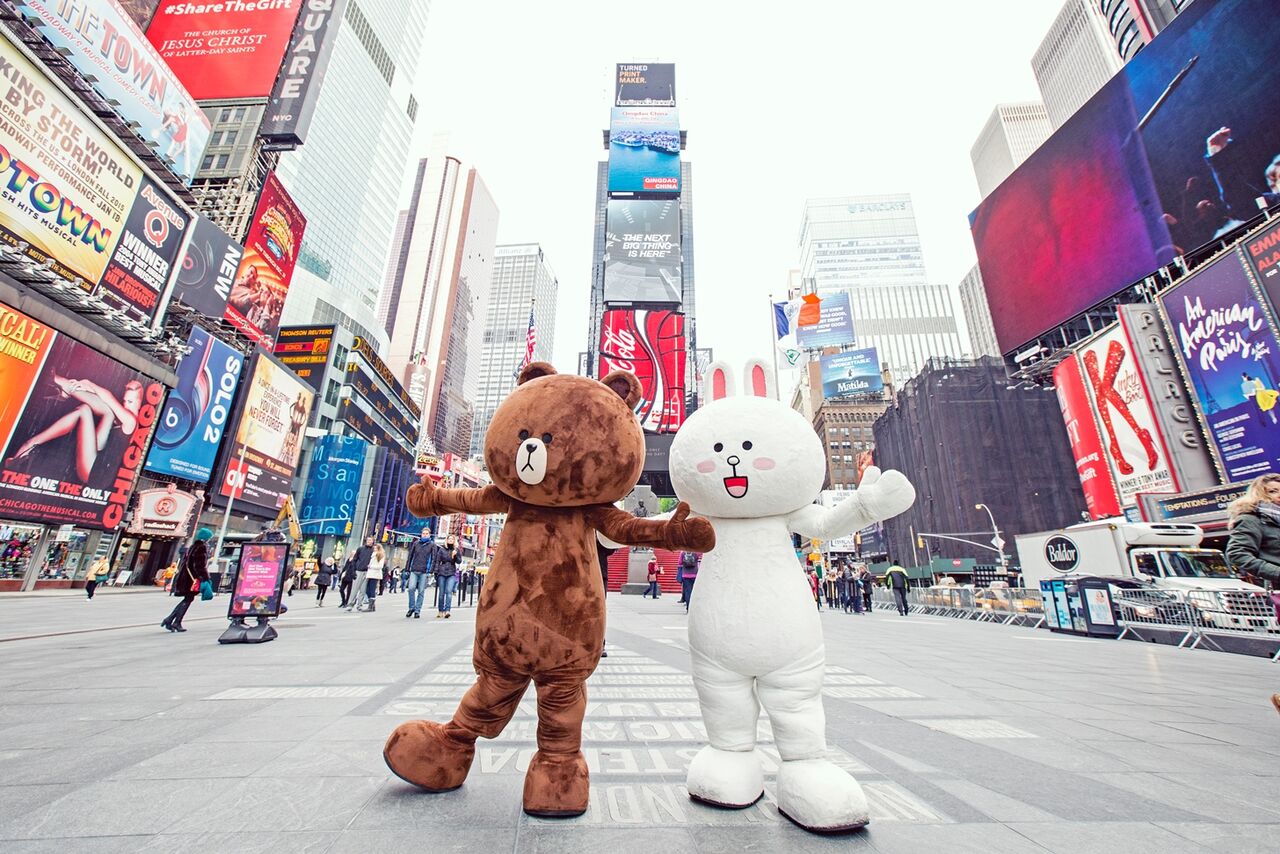