LINE held its business strategy event "LINE Conference Tokyo 2016" on March 24. Check out photos of the event venue below!
A video of the entire event can be accessed from the following link.
http://www.ustream.tv/recorded/85075575
The venue for the event was the Maihama Amphitheater. 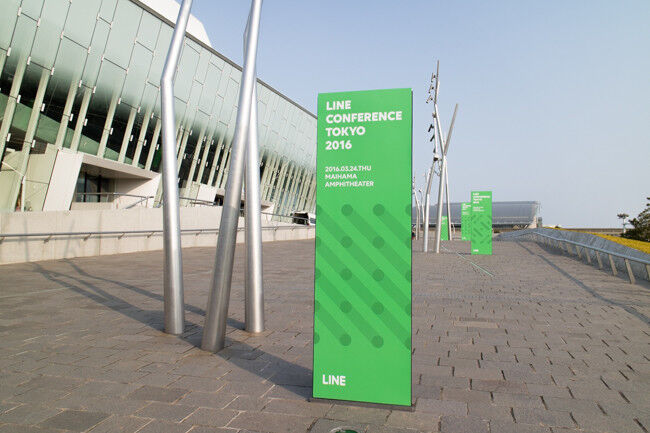 Visitors were welcomed by a giant version of the LINE logo. 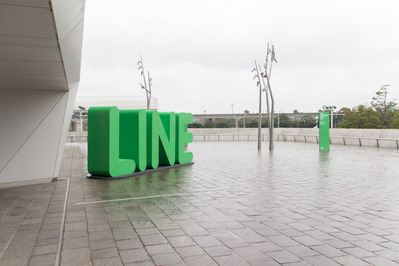 A photo zone was set up near the venue entrance, offering visitors a chance to take a picture with the LINE characters. 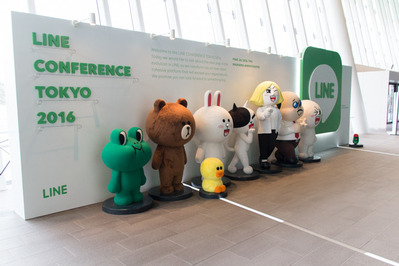 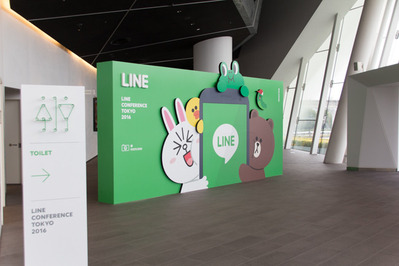 Icon motifs for this year's conference consisted of dots connected together by lines. 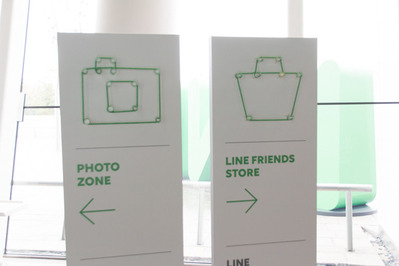 The restroom signs also got the LINE treatment. 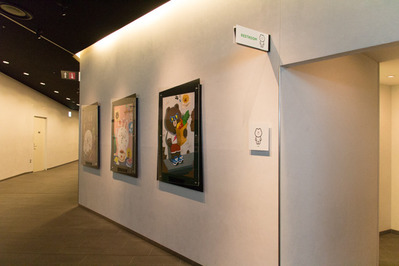 A special store and cafe were created just for this event. 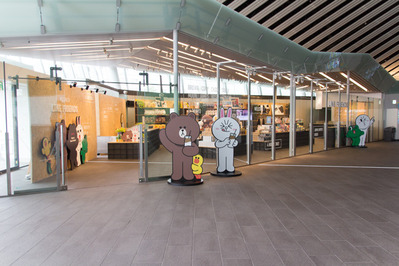 The new character announced during the event was mysteriously concealed beforehand. 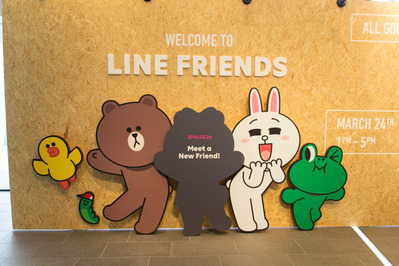 The special store sold items only available in Japan, region exclusive items offered normally only at the Harajuku, Sendai, and Fukuoka LINE FRIENDS STORE locations, and the LINE Cafe offered new drinks that had never been served before in Tokyo. 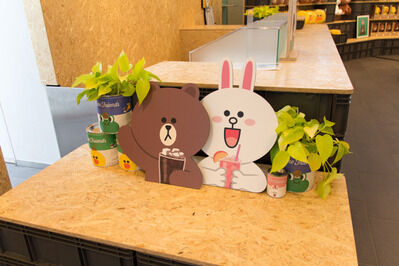 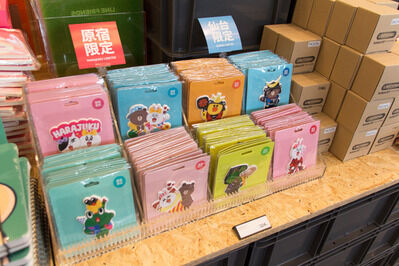 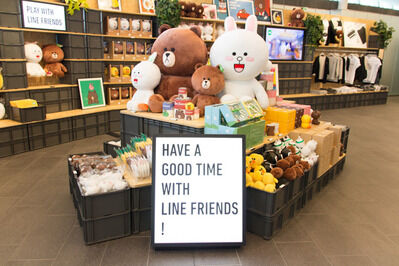 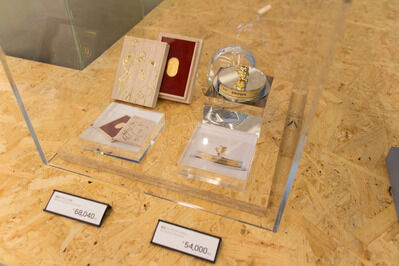 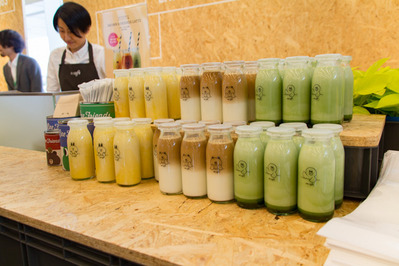 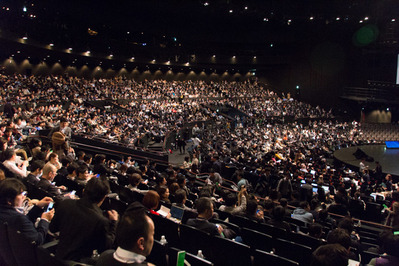 LINE CEO, Takeshi Idezawa, kicks off the event! While introducing the UI for the streaming service LINE LIVE, Mr. Idezawa outlines the company's plans for the future. 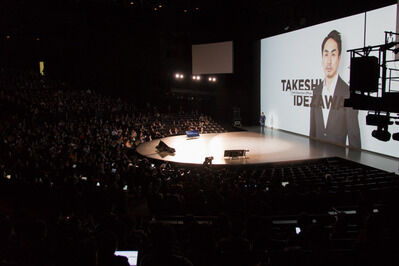 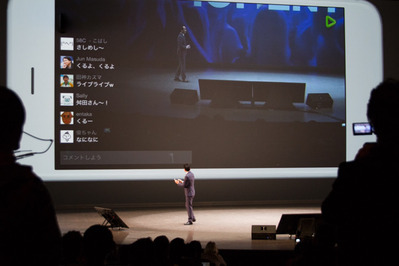 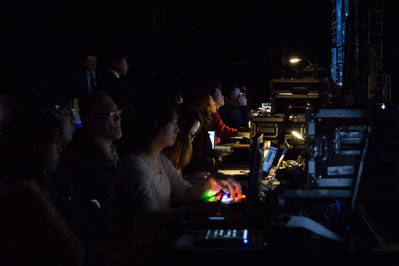 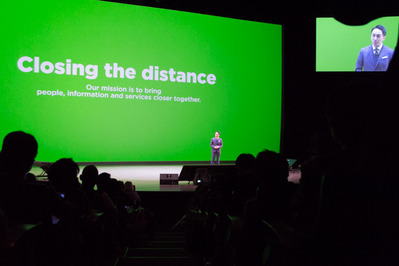 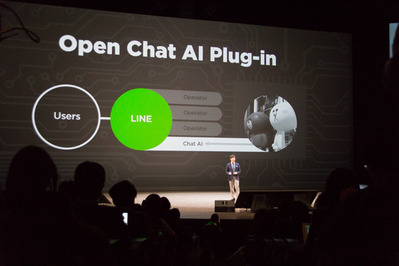 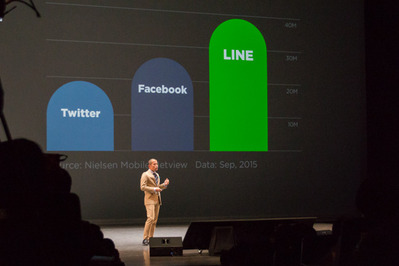 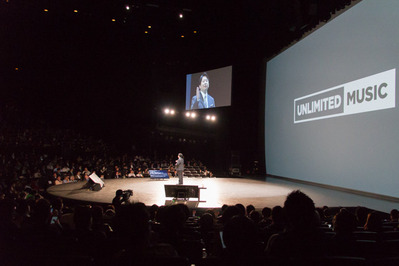 During the presentation, LINE Pay Card staff members stand by, ready to accept card applications from conference participants. New booths related to each presentation's content were added before each break. 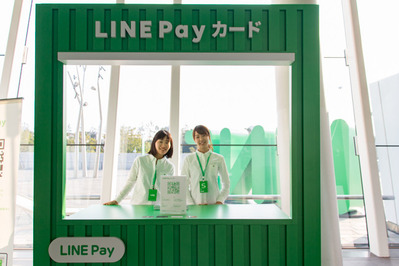 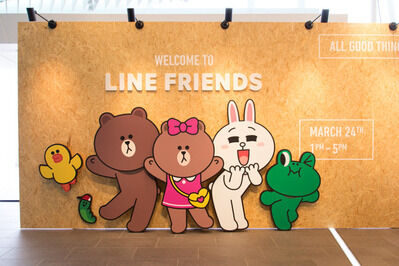 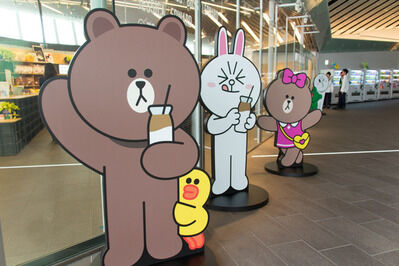