App Annie, an app market research institution based in the United States, has released their official rankings for most popular apps worldwide based on data collected from July 2010 to August 2015.

The free call and messaging app LINE placed second in the global rankings, according to revenue earned in the App Store. The app also placed first in the yearly rankings in 2013 and 2014.
App Store - Top Apps by All-Time Worldwide Revenue from 2010-2015 (Games excluded) 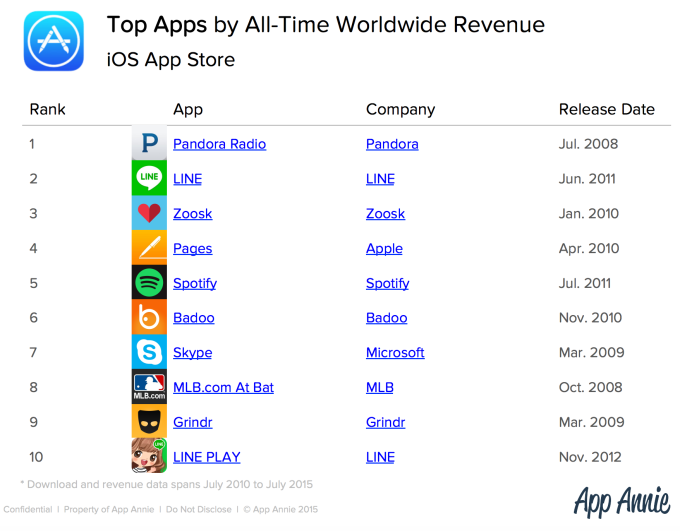 In addition to the LINE App, the virtual avatar community app LINE PLAY ranked in at number 10 in the rankings. It is notably the only app released in 2012 or later to make the top ten.
Building on our success in 2013 and 2014, we are both honored and extremely pleased to maintain our position as one of the top apps used by customers all over the world. We promise to keep coming up with new and innovative ways to provide the best service possible for all of our beloved users out there. Thanks for your continued support!
(Source: App Annie)